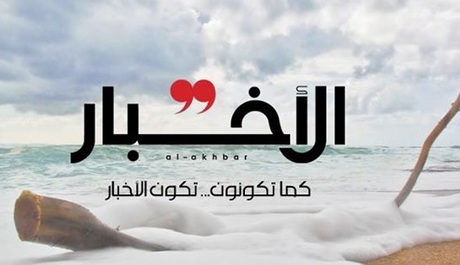 The Appeals Panel of the Special Tribunal for Lebanon has unanimously decided that the court does have jurisdiction to hear cases of obstruction of justice against legal persons in the case against the journalist Ibrahim al-Amin and al-Akhbar newspaper, the STL said in a statement on Friday.

“Following an appeal by the Amicus Curiae Prosecutor, the Appeals Panel – composed of Judge Afif Chamseddine (presiding), Judge Janet Nosworthy and Judge Ivana Hrdlièková – reversed the Contempt Judge’s previous decision on jurisdiction where he held that Rule 60 bis of the Tribunal’s Rules of Procedure and Evidence – that governs contempt and obstruction of justice offenses -- only applies to natural persons,” the court announced.

“The Appeals Panel found that the Contempt Judge erred in his ruling that there is no ambiguity in the term 'person' under Rule 60 bis, and that his consideration of the nullum crimen sine lege (“no crime without law”) principle was mistaken, as the Appeals Panel’s decision in the case against New TV S.A.L. and (journalist Karma) al-Khayat did not create a new offense,” the STL added.

The panel emphasized that “the same reasoning of the New TV S.A.L. Jurisdiction Appeal Decision (October 2, 2014) applies since the legal issue is the same in both cases.”

As a result, the Appeals Panel ordered that the charges against al-Akhbar Beirut S.A.L. be “reinstated.”

Khayat, al-Amin and their media organizations New TV S.A.L. and Akhbar Beirut S.A.L. had been charged with contempt by the tribunal after they disclosed details of alleged STL witnesses.

The initial hearing in the contempt case was held on May 13 at the STL's headquarters in The Hague, amid the absence of al-Amin who later appeared before the court via video conference.

Al-Jadeed TV Director General Dimitry Khodr and Khayat entered pleas of not guilty during that hearing.

Hizbullah chief Sayyed Hassan Nasrallah dismissed the court as a U.S.-Israeli scheme against his group and vowed that the accused will never be found.

How about the idea that the majority of the people in Lebanon doesn't want war? But dictatorship and terrorism have no consideration for majority or democracy. They live in backward ages and want to impose by the force of the gun their terroristic actions.
Is it God who is guiding them or the satanic demon?

Come on man, you gotta find yourself someone other than O'Keefe when you set yourself as lofty a goal as "the truth". Lemme help you out by explaining "the truth" with a simple example even you will understand: Nasrallah says no HA force in the Golan... two days later six HA members are blown up in the Golan.. "the truth" - Nastallah lied! You see how it work southern?

Al Akhbar newspaper, because they show the other side of zionist stories. That means the STL targets them in this Israeli plot,