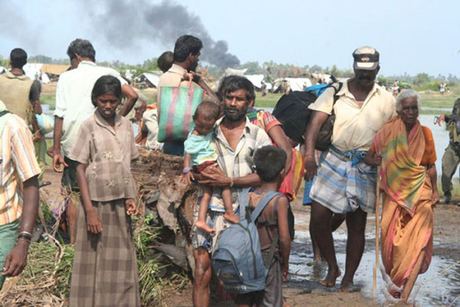 A top U.S. diplomat promised Monday that Washington would be a friend and partner of Colombo as she made the first visit by a senior American official since the toppling of Sri Lanka's long-time strongman.

In the build-up to last month's presidential elections, a top lieutenant to then president Mahinda Rajapakse accused the United States of trying to bring about "regime change", marking a new low in bilateral relations.

But since Rajapakse was beaten at the ballot box, the United States has moved swiftly to rebuild ties with a country that has become increasingly close to China over the past decade.

Speaking on a visit to Colombo, Assistant Secretary of State Nisha Biswal said the U.S. was ready to help Sri Lanka on a range of issues, including its human rights record, which was hugely contentious under Rajapakse.

"Sri Lanka can count on the U.S. to be a partner and a friend in the way forward, whether it is on rebuilding the economy, on preventing corruption, and advancing good governance and ensuring human rights and democratic participation for all of its citizens."

Speaking to reporters after talks with Foreign Minister Mangala Samaraweera, Biswal stressed the new government could count on U.S. support to meet "difficult challenges ahead".

She did not directly refer to the pending U.S.-initiated probe into allegations that up to 40,000 ethnic Tamil civilians were killed by Sri Lankan forces while defeating Tamil separatists in 2009.

However, she said Washington wanted to work with Colombo to "find constructive ways forward on all the areas of interest between our two nations".

Samaraweera said he would be travelling to Washington for talks with Secretary of State John Kerry next week.

"We want to raise the relationship between our two countries to a new level of cordiality and I hope to continue this dialogue in Washington," he said.

Rajapakse, who ruled the island for a decade, alienated many foreign leaders by refusing to cooperate with an international probe into alleged abuses in the final stages of a 37-year civil war that ended in 2009.

Kerry had voiced appreciation for Rajapakse's early concession of defeat in the January 8 vote, although there have since been allegations that he tried to hold onto power by staging a coup.