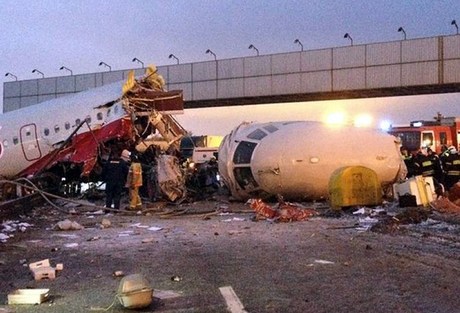 An international aviation summit gave strong backing Wednesday to a plan to have all commercial flights emit a distress signal every minute in emergencies, in response to last year's Malaysia Airlines disaster.

A large majority of the International Civil Aviation Organization (ICAO)'s 191 member states are in favor of implementing the plan as soon as possible, said officials, paving the way for its adoption next year.

The plan was prompted by last year's disappearance of Malaysia Airlines flight MH370 en route from Kuala Lumpur to Beijing in what remains one of history's great aviation mysteries.

The aircraft, with 239 people on board, has never been found, nearly a year on.

Radar can track a plane but coverage is spotty and fades when aircraft are out at sea or they are flying below a certain altitude.

Under the new rules, airlines will be required to track their aircraft using a system that gives their location at 15-minute intervals.

"When an airplane is in distress, the system will repeat the signal every minute," Aliu told a press conference.

The ICAO Council is expected to ratify the proposal in November, making it obligatory for all airlines starting in 2016.

According to officials, it's the quickest and easiest fix to a growing air safety concern -- locating downed aircraft. "We can do it today and it's not expensive," said Nancy Graham, director of the ICAO's Air Navigation Bureau.

The head of the International Air Transport Association, which speaks for the airline industry, agreed. "A number of airlines are planning to improve now the ways of tracking their airplanes," IATA president Tony Tyler said.

At the Montreal meeting due to wrap up Thursday, delegates also agreed in principal on a new way to disseminate warnings about the imminent risks of flying over war zones.

A repository would be created containing all risk information, much of which is currently available to carriers but is often fragmented.

The creation of a central database administered by the ICAO is in response to the crash of Malaysia Airlines flight MH17 last July after being shot down over eastern Ukraine.