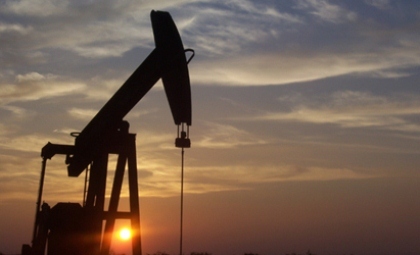 Since the 1970s, the renewable energy sector has usually trembled each time oil goes through the "bust" phase of the commodity cycle.

When crude was dear, users became interested in wind, solar and hydro.

But when oil became cheap, they gorged on it once more, turning their backs on novel, cleaner but costlier alternatives.

Today, oil is again in the doldrums. It plunged by 60 percent in price between June 2014 and January, falling to just over $40 a barrel, before pulling back to around $60 today.

So does this herald another crisis for green energy, further complicating the fight against carbon pollution?

Lower oil prices may indeed lead to more emissions in the transport sector, where electric vehicles have struggled to penetrate even at times of high pump prices, they say.

Transport accounts for around 14 percent of the world's annually tally of greenhouse-gas emissions.

But the picture is different when it comes to energy production, which contributes to 35 percent of world emissions.

"In most (electricity) markets, renewables are not competing with oil, they're competing with natural gas and coal," said Alden Meyer, an analyst at a U.S. NGO, the Union of Concerned Scientists (UCS).

The question whether gas and coal will track oil in its extreme movements is unresolved for now, said Canfin.

But already, more and more high-end oil projects -- deeper-water and marginal fields and tar sands, for instance -- are being shelved.

Oil investment around the world is likely to fall this year between 10 and 15 percent, the specialist bank Evercore IS forecasts.

Advocates of wind say unit costs of their technology are falling, which makes turbines better able to withstand a fall in fossil energy.

In 2014, 51,477 megawatts of wind-generated capacity were added, a record increase of 44 percent over the previous year, according to the Global Wind Energy Council (GWEC), the industry's lobby.

"Not only the low prices but also the cost stability of wind power makes it a very attractive option for utilities, independent power producers and companies who are looking for a hedge against the wildly fluctuating prices of fossil fuels," argues GWEC chief Steve Sawyer.

Another risk factor for fossils is climate policy, said Dimitris Zenghalis of the Grantham Research Institute on Climate Change at the London School of Economics (LSE).

Unbounded fossil consumption "is incompatible with climate objectives," Zenghelis said bluntly. "If you're an investor, you have to take that risk into account."

UN members on Friday completed a new round of negotiations towards a planned climate deal to be sealed in Paris in December.

The prime concern for investors, said Zenghelis, is "stranded assets" -- long-term fossil projects that could be scrapped.

According to research published last month in the science journal Nature, a third of all oil reserves, half of gas and over 80 percent of coal reserves must be left untouched until 2050.

This would be the sole way to meet the global 2 C target, according to the study, led by specialists at University College London.

Targets for climate action include reducing the subsidies for fossil fuels, which according to the International Energy Agency (UEA) amounted to 550 billion dollars in 2013, and imposing taxes on carbon pollution.

Another goal would be to boost energy efficiency.

"If governments use lower oil prices to overhaul their fossil subsidies or introduce environmental taxes, then the fall in prices will be excellent news for the climate," said Stephane Hallegatte, a senior economist at the World Bank.

Governments usually prefer to reap the benefits of a short-term economic lift.

And they are loath to stir unpopularity with the public or opposition from powerful lobbies by introducing energy levies.

This time, though, the conditions seem more favourable: the science about the dangers of fossil pollution -- just published by the UN's expert panel -- is clear, and public awareness is high.

"Politically, now this is a very good time to do it," said Zenghelis.

"It just remains to be seen whether policymakers will take advantage of it."