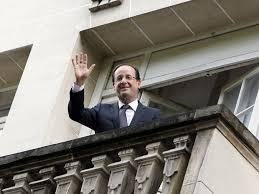 "If Brussels asks for 4 billion more to respect our obligations in reducing the public deficit, they will be found with new savings," said Hollande in an interview with daily Le Parisien.

The European Commission last week gave France two years to bring its deficit under the limit of 3 percent of GDP, but set strict levels that must be achieved along the way.

It ruled that France's budget for 2015 would not be enough to achieve a reduction of 0.5 percentage points in the deficit this year, and demanded a further 4 billion in savings.

Hollande also promised "there will be no tax rises in 2015, 2016 and 2017" and that the process of lowering charges for businesses would continue.

He also criticised tax avoidance efforts by large business groups, such as Total.