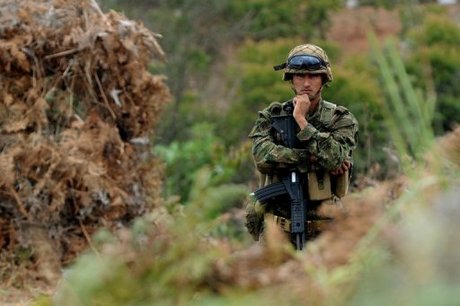 Six suspected FARC fighters were killed in military operations in Colombia this week, the army said, at a fragile time when the leftist guerrilla group is conducting a unilateral ceasefire.

According to an army statement, military operations in the southwestern department of Huila and the central region of Tolima also resulted in the capture of 18 other guerrilla suspects.

The Marxist FARC rebels declared an indefinite, unilateral ceasefire on December 18 and peace talks with the government have been under way in Havana since 2012.

This week, Colombian President Juan Manuel Santos said the military would stop bombing the rebel group for one month.

FARC fighters want the government to also observe a full ceasefire and have said Santos's pledge to halt air raids was a smokescreen to distract from the recent fatalities.

The Colombian conflict has killed 220,000 people since the Revolutionary Armed Forces of Colombia (FARC) was founded in 1964.