Dialogues and Schizophrenia among Lebanese Politicians 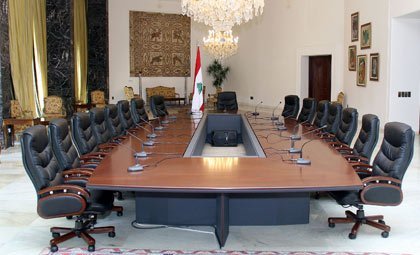 The Lebanese and mainly politicians are living in a state of schizophrenia as a result of the contradictory stances that they make.

Despite the wave of dialogue between al-Mustaqbal Movement and Hizbullah, between the Free Patriotic Movement and the Lebanese Forces and finally between Bkirki and Hizbullah, all of them insist on holding onto their initial stances, stressing that dialogue does not compel them to change their positions.

There is no doubt that all political parties and the people have the right to express their political opinions. But the question that comes to our mind is the following: If the conferees are engaging in dialogue and holding onto their stances at the same time, then what is the outcome of their talks?

Theoretically, the achievement of any result in any dialogue requires concessions from both sides to meet halfway.

But because the balance of power does not allow Hizbullah – despite its strength – to impose its project on the rest of its partners in Lebanon and because March 14 cannot enforce its vision on Hizbullah and its allies, then the only solution lies in both sides making concessions for the sake of the Lebanese state.

When two sides differ, a certain authority should resolve their differences and give each their right. In the case of March 8 and 14, the concession should come in favor of the state and its political system, Constitution and laws.

Only this way, a certain party would feel that the sacrifice it made was in everyone's interest.