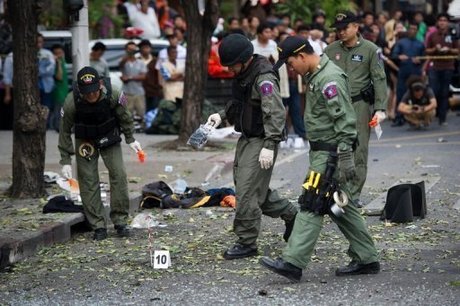 Four suspected insurgents were killed and 22 others arrested during a firefight with security forces in Thailand's deep south, police said Thursday, in the latest clashes to hit the restive region.

Thai military, police and rangers laid siege to To Kood village in Pattani province Wednesday evening after a tip-off about potential militants -- who are fighting for greater autonomy for the Muslim-majority southernmost provinces.

"There were about 30 suspected militants when we surrounded the village but some managed to flee to nearby mountains," local commander Mana Dechawarit told Agence France Presse. "The clash lasted for one hour."

According to official police reports the dead suspects were all Muslim men aged between 23 and 32.

Those arrested were also all Muslim men, currently detained in a military camp, Mana said.

A patchwork of disparate but seemingly well-organised rebel groups are calling for a level of autonomy for the culturally distinct south, bordering Malaysia, as well as an amnesty for their prisoners and wanted fighters.

Thailand, a predominantly Buddhist nation, annexed the region more than 100 years ago and stands accused of perpetrating severe rights abuses as well as stifling the distinctive local culture through clumsy -- and often forced -- assimilation schemes.

Conflict analysts Deep South Watch say more than 6,300 people -- the majority civilians -- have been killed in the bitter 11-year insurgency mainly in the southernmost provinces of Pattani, Narathiwat and Yala.

Mana said none of the 50 security force members involved in the raid was injured in the clash, during which police seized three AK-47s, one pistol, and one grenade.