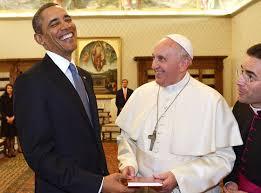 U.S. President Barack Obama will host Pope Francis at the White House on September 23, accepting an invitation extended during talks at the Vatican last year.

The White House said the president and the pope will continue a dialogue about poverty, the environment, immigration and promoting religious freedom.

"The president looks forward to continuing this conversation with the Holy Father during his first visit to the United States as pope," a statement said.

The 78-year-old leader of the world's Roman Catholics confirmed late last year that he would visit the United States to take part in a Catholic Church congress in Philadelphia.