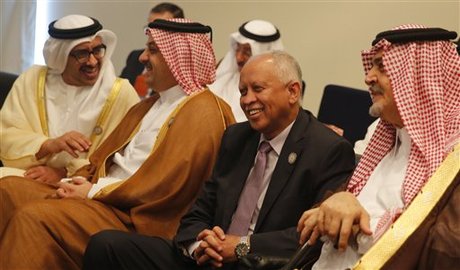 The plan forms part of a draft resolution to be submitted to Arab leaders at a weekend summit in Egypt's Red Sea resort of Sharm el-Sheikh.

"This is the first time that a force will be created and work under the name of Arab states," he said, describing the move as "historic."

The rapid response force envisaged by the Arab League will work to counter "terrorists," Arabi told AFP in a recent interview.

The issue was brought to the fore by Saudi-led air strikes overnight against Shiite Huthi rebels in Yemen.

Other Gulf Arab states, Egypt, Jordan and Morocco have said they are participating in the campaign.

The draft, seen by AFP, said the force would be carry out "rapid response operations" against threats to Arab states.

Arabi will be tasked with meeting Arab military representatives to work out the details of the force, the draft said.