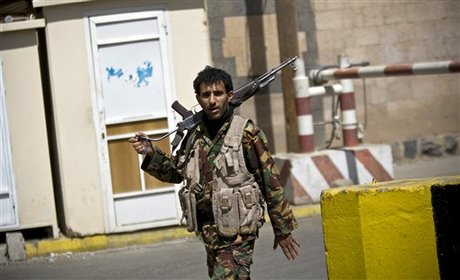 The White House on Thursday voiced concern about "Iranian activities" in Yemen, where Huthi Shiite rebels have taken control of several cities and are assaulting the port of Aden.

Alistair Baskey, a National Security Council spokesman, said such actions, as well as "reports of Iranian flow of arms into Yemen," were "contributing to destabilizing the situation and contributing to the threat posed to the legitimate government."

A Saudi-led Arab coalition with U.S. backing has launched air strikes against the rebels in support of Yemen's embattled leader -- a move Iran has warned was "dangerous."

The show must go on..
These two tribal entities have been at each other since the seventh century, to a stalemate.. About time to declare who conquers whom, and defuse regional tension.
May the better tribe win!