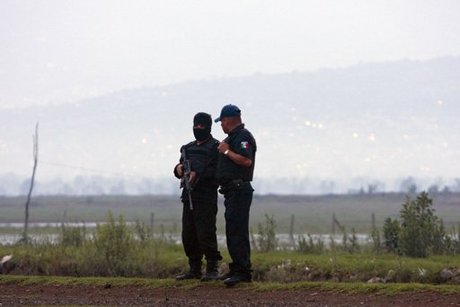 Mexico's government is publicly feuding with a United Nations expert who wrote a searing report saying that torture was a "generalized" practice among authorities in the country.

Juan Mendez, the U.N. special rapporteur on torture, sent a letter to Mexico's envoy to the world body in Geneva complaining about a "personal attack" and "offensive language" from senior Mexican foreign ministry officials.

In his missive sent Wednesday, the Argentine native denied violating his code of conducts and hit back at a letter sent by the Mexican envoy to the U.N. Human Rights Council to criticize the report he issued this month.

Mendez recalled that he had told the government last year that he had reached his conclusion "with a heavy heart, but also in the understanding that your government had invited me to give you my honest assessment of the situation, and not to sugarcoat it."

"It would have been unethical of me to yield to pressures to change my mind at the time," he wrote to Ambassador Jorge Lomonaco in a letter published on the website antitorture.org, created by American University's human rights center, where Mendez teaches.

The subject of Mendez's ire was a letter by Lomonaco to the Human Rights Council saying that his assessment of generalized torture in Mexico was "unfounded" because it was not properly documented and relied on only 14 cases.

Mendez responded that the 14 cases involved 107-plus individual victims, which is "much, much more than we have ever submitted to any country in a single year."

Mendez was also angered by remarks by deputy foreign minister Juan Manuel Gomez Robledo, who told the Senate last week that the U.N. expert had acted in an "irresponsible manner" and with "little ethic."

His comments were backed up by Foreign Minister Jose Antonio Meade.

While Gomez Robledo also said the government would no longer work with Mendez, he indicated on Tuesday that Mexico would continue cooperating with special rapporteurs and that it was unusual for them to visit the country more than once.

President Enrique Pena Nieto has sought to improve Mexico's image since taking office in December 2012, inheriting a drug war that has left tens of thousands of people dead and cases of abuses by the army and police.

But his effort took a hit last year when local police in Guerrero state abducted 43 college students and allegedly handed them over to a drug gang, which killed the young men.