The War of New Equations 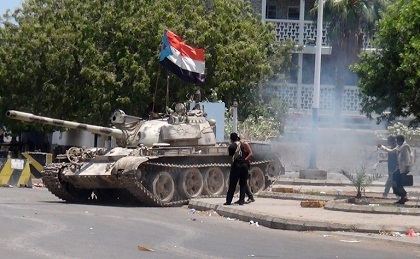 The explosion of Yemen's war proved that the conflict in the region is no longer interpreted by wars and disputes in Lebanon, Syria, Iraq and Bahrain, but an attempt by Iran to have a sway in Middle East policy in return for efforts by Gulf states and Egypt to limit Tehran's expansion.

Saudi Arabia and Egypt have given Iran two options after the military intervention by Sunni Riyadh against a Shiite rebellion aided by Tehran: Either it should stop its expansion in the region or face a total confrontation beyond the borders drawn by Iran.

Their warnings to Tehran came amid a show of force by the Islamic Republic through its nuclear program in an attempt to confront the nukes of Sunni Pakistan and the program, which Saudi Arabia announced it would build to create a balance of power in the region.

Iran has also sought to revive the Persian empire to confront the Sunni Ottoman empire that Turkish President Recep Tayyip Erdogan is dreaming of. He stirred fierce criticism in December with plans to make lessons in Ottoman Turkish mandatory in high schools and drew accusation from opponents of behaving like a modern-day sultan.

Furthermore, there have been allegations that Iranian President Hassan Rouhani's adviser on Ethnic and Religious Minorities affairs Ali Younesi had made a statement wanting to revive Iran's ancient empire to confront a Sunni union that starts from the Gulf and Egypt and ends in Morocco and Pakistan.

Tehran denied that Younesi had declared a new Iranian empire “whose capital is Baghdad.” But Yemen's war proved that the overlapping fault lines of Sunnis and Shiites, and Arabs and Persians are growing.

The danger lies in a war of attrition whose price would only be paid by the people of the region in the years to come.