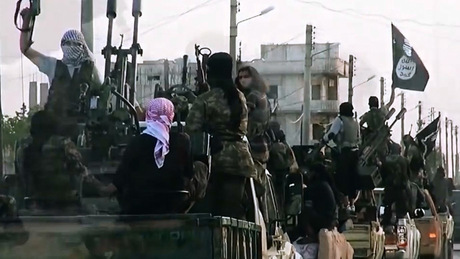 A New York resident has been charged with providing support to Islamic State jihadists in Syria, the Justice Department said Tuesday, after three suspected co-conspirators pleaded not guilty to similar charges.

Brooklyn resident Dilkhayot Kasimov, 26, is charged with "attempt and conspiracy to provide material support to the Islamic State of Iraq and the Levant (ISIL)," the Department of Justice said in a statement, using an alternative name for the Islamic State group.

Kasimov is accused of planning to travel to Syria "for the purpose of waging violent jihad on behalf of ISIL," the Justice Department said.

Along with the three other suspects, he is believed to have raised more than $1,600 to use in Syria.

The Justice Department said Kasimov also "encouraged others to participate in violent jihad," according to electronic messages investigators found.

US Attorney Loretta Lynch of the eastern district of New York said the government remains "vigilant" in its fight against "terrorist" groups.

"Terrorist support networks like the one this defendant was involved in offer critical funding, travel logistics, and encouragement to persons seeking to join ISIL and other foreign terrorist organizations," said Lynch, who has been nominated to be the next US attorney general.

"We will remain vigilant in our efforts to stem the flow of foreign fighters to Syria and to disrupt and dismantle the networks, here and abroad, that support them."

If found guilty, Kasimov could face 30 years in prison.

FBI agents arrested Saidakhmetov at New York's John F. Kennedy International Airport as he attempted to board a flight to Istanbul en route to Syria.

Juraboev, who had bought a ticket for a flight to Turkey due to leave in March, was detained at his home in Brooklyn while Habibov was arrested in Jacksonville, Florida and accused of paying for Saidakhmetov's trip.

All three pleaded not guilty in March.

"Money is the oxygen that fuels terrorism," Bratton said.

"This investigation proves again that we will leave no stone unturned to disrupt the finance, support, or membership in terrorist organizations like ISIL."

Arraignment for Kasimov is scheduled for April 8.