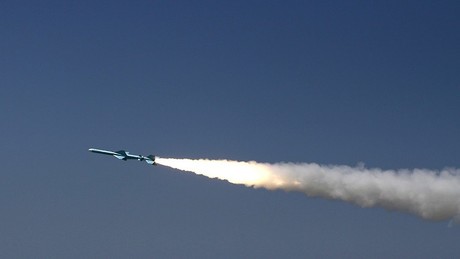 "Why doesn't the framework address Iran's intercontinental ballistic missile program whose sole purpose is to carry nuclear payloads?" he asked on his official Twitter account.

It was the latest shot in transatlantic sniping on the issue between Netanyahu's office and the White House.

On Sunday, Netanyahu demanded that Iranian recognition of the Jewish state's right to exist be written into last week's agreement.

"The notion that we would condition Iran not getting nuclear weapons in a verifiable deal on Iran recognizing Israel, is really akin to saying that we won't sign a deal unless the nature of the Iranian regime completely transforms," Obama said.

"And that is, I think, a fundamental misjudgment."

Ephraim Halevy, a former head of Israel's Mossad intelligence agency, said Tuesday that the strident Israeli declarations on the emerging deal could run counter to the Jewish state's interests.

"I think we find ourselves in a moment of national paranoia," he told publicly-owned Channel One television. "It is not appropriate to our reality, our ability."

"Israel cannot be destroyed and it is about time that the citizens of Israel understand that, internalize it and behave appropriately," he said.

when maybe you recognize a palastine or an Armenian Genocide that happened then you ask people about your demands.