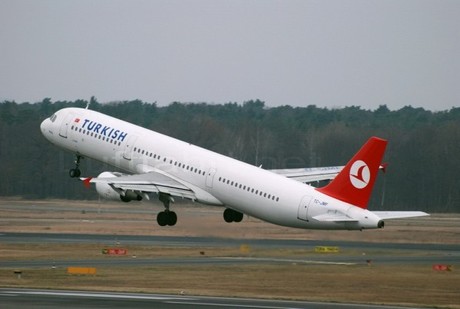 A Turkish Airlines passenger jet flying from the German city of Dusseldorf to Istanbul was forced to make an emergency landing in Nuremberg on Wednesday after a crack was discovered in the cockpit window, the airline said.

The airline said in a statement that the plane was diverted to Nuremberg in southern Germany shortly after takeoff when the crack was detected.

The jet was being examined by experts on the ground and passengers were to complete their journeys by other means.

Turkish Airlines said it was sorting passengers' onward travel plans according to their request.

"Our passengers who are willing to go to Istanbul have been taken to a hotel and they will go to Istanbul with the Nuremberg-Istanbul afternoon flight," the airline said in a statement.