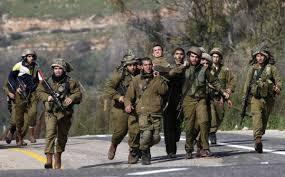 An Israeli soldier was indicted on Monday for allegedly tipping off far-right Jewish settlers that they were about to be arrested, the Shin Bet domestic security agency said.

A Shin Bet statement said Elad Sela, a resident of Bat Ayin settlement between Jerusalem and Bethlehem, was arrested on March 10 and charged with "aggravated espionage."

Sela has confessed to passing on "classified and sensitive documents to rightist extremists for ideological motives," the agency said.

It said Bat Ayim had for years been a hotbed of far-right settlers involved in "acts of violence against security forces as well as Palestinians and their property."

In so-called "price tag" incidents, far-right activists carry out nationalist hate crimes which target Palestinians, Israeli Arabs, their places of worship and even the Israeli army.