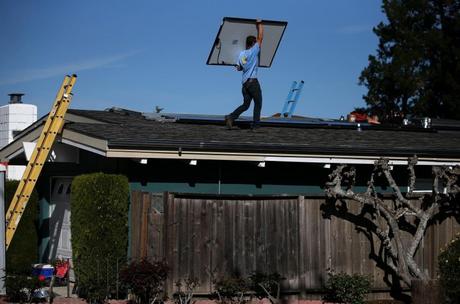 When it comes to energy, we live in transformative times. From shale oil helping to upend global markets, to explosive growth in rooftop solar, the changes we’re seeing in the energy industry have not only been rapid, but often unexpected.

Not every part of the energy industry has fared well during these tumultuous years. In particular, coal has struggled, amid mounting concerns about its contributions to greenhouse gas pollution and increased regulatory initiatives by the Obama administration. It doesn’t help that electricity demand has flattened, and activists have worked to retire a large number of coal plants.

And now, a new study out in the journal Energy Policy seeks to quantify the effect these changes have had on coal — and its electricity generating competitors – from 2008 through 2012. The paper, by Drew Haerer and Lincoln Pratson of the Duke Nicholas School of the Environment, estimates jobs lost or gained in these industries — and the result is pretty dramatic.

The study examined both “direct” and “indirect” jobs — the latter meaning jobs that are not directly in, say, installing solar panels, but rather are in industries that support the solar, wind, or natural gas industries.

The numbers for coal and natural gas were estimated using a model that looks at different industry sectors and economic activity in those sectors in a given year, and then uses these to estimate employment. The numbers for wind and solar came from their respective industries.

The upshot is that there was a net increase of some 125,000 jobs across all of the above sectors — but of course, that growth masks a significant loss in the coal sector. Moreover, the new study found that the new jobs were not added in the same states of the country, such as Kentucky and West Virginia, where coal jobs were lost.

There’s no single factor behind the dramatic changes shown above — rather, the study authors highlight several. Those include not only new environmental regulations, but also the effects of the great recession and changing prices for different types of fuel. They also highlight government incentives to support solar and wind. Finally, there’s also the fracking revolution to take into consideration when it comes to natural gas.

All of which have added up to pretty tough news in coal country. “Counties that continue to rely inordinately on the coal industry for jobs may be in for a long period of lowered employment by the industry,” the study authors conclude. “Policymakers responsible for these regions should consider options for adapting to the energy industry shifts noted in this study” — including, they say, by developing more renewable energy.