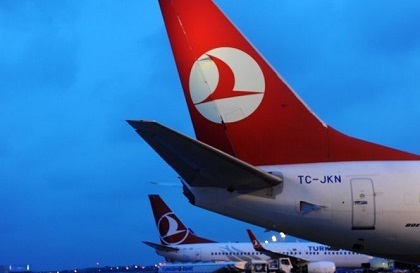 A Turkish Airlines passenger plane flying from Istanbul to Basel turned back over Bulgarian air space Friday after a bomb alert that later turned out to be false, the airline said.

The airline said the plane returned to Istanbul airport as a precautionary measure after the alert and underwent an investigation after all the passengers were taken off.

"The necessary investigation onboard has now been finalized and it became clear that it was a false bomb alert," it added.

Reports said that the alert was caused by the discovery of a written note warning of a bomb on board.

The alert is the latest in a string of such incidents and several Turkish Airlines flights have in recent weeks been forced to turn back or make unscheduled landings due to false bomb alerts.