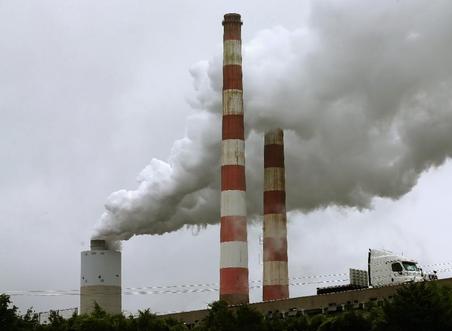 A price on carbon dioxide (CO2), the principal greenhouse gas, "is an efficient way to raise revenue while encouraging lower emissions," the Bank said.

United Nations members have set the goal of forging a pact in December for limiting warming to two degrees Celsius (3.6 degrees Fahrenheit) over pre-industrial levels.

No timeframe has been set for achieving this, but the UN's Intergovernmental Panel on Climate Change (IPCC) says a 2 C pathway requires annual greenhouse-gas cuts of 40-70 percent by 2050, compared to levels in 2010 -- and to zero or below by 2100.

The World Bank said that to get to zero emissions, governments have to act now through "a policy package that triggers changes in investment patterns."

"Waiting until 2030 would increase the global cost by 50 percent," it said, citing IPCC figures.

"Every country needs to define a long-term target -- say for 2050 -- that is consistent with decarbonization and to build short-term, sector-specific plans that contribute to that target and are adapted to the country's wealth, endowments and capacity."

It gave the example of fossil-fuelled power plants.

Those built in 2012 alone will emit some 19 billion tonnes of carbon dioxide over their expected 40-year lifetime.

"Retiring them early is possible, but costly," said the report.

Planning should be tailored to a country's emissions and economy, but "early action need not represent a trade-off with short-term development goals," said the authors.

Central to policymaking is a price on carbon, such as a carbon tax or a carbon market, to incentivise cleaner technology.

A carbon levy has relatively few loopholes, said the report.

"In the United Kingdom, tax evasion is about nine percent for the corporate tax and 17 percent for income taxes," said Marianne Fay, the Bank's chief economist for climate change.

"For the excise tax on diesel, similar to a carbon tax, evasion is only two percent."

"Data in 22 developing countries show that if fossil-fuel subsidies were replaced by universal cash transfers, the bottom 60 percent would benefit," he said.

Such reforms have already been carried out in Iran and Indonesia, while "Ghana decided in favour of free primary-school education and help for gaining access to electricity," Hallegatte told journalists in Paris, where he presented the report by the Washington-based Bank.

Even so, carbon pricing by itself cannot resolve the climate problem, the report added.

Policy options include performance standards for energy efficiency, rebates on fuel-efficient vehicles, reduced tariffs on low-carbon technologies and requirements that electricity providers get a percentage of their power from renewables.