One Person Injured in EU Helicopter Crash in Kosovo 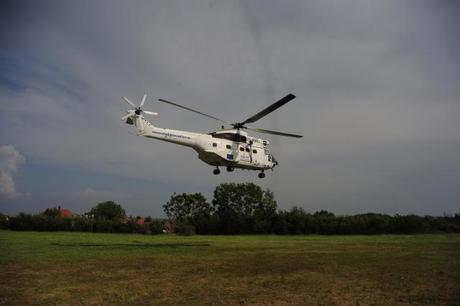 One person was injured Tuesday as a helicopter of the EU police and justice mission (EULEX) in Kosovo crashed at Pristina international airport, officials said.

"Around 3:00 pm (1300 GMT) an accident occurred with a EULEX helicopter on the runway that was flying for training purposes," the airport said in a statement.

"There is one person injured from the crew, who was sent to the hospital right away and there are no others injured," the statement said.

The airport has temporarily been closed and an investigation was underway, the statement said.

"I can confirm that it is an EULEX helicopter. We will be issuing a full statement once the investigations are complete," EULEX spokesperson Roland Bliss told AFP.