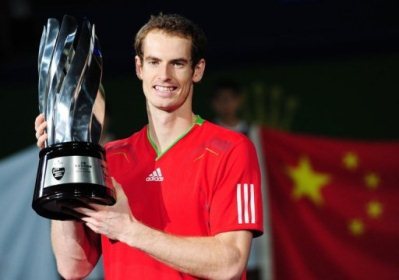 Tennis chiefs have played down fears that the Asian swing will become the perennial victim of player pull-outs at the end of the grueling season after high-profile absentees at the Shanghai Masters.

The question of burnout was bubbling away again in Shanghai, missing a clutch of top 20 players including marquee names Novak Djokovic and Roger Federer, taking some of the shine off the high-profile tournament which finished Sunday.

America's Andy Roddick said the no-shows from world number one Djokovic and 16-time Grand Slam champion Federer were stark evidence of the toll put on players by heavy playing commitments.

Andy Murray, the winner in Shanghai, made clear last month that players' patience was wearing thin, even floating the possibility of a strike, although he sought to play down the issue last week.

Despite the weakened field in China Brad Drewett, chief executive of the ATP's (Association of Tennis Professionals) International Group, remains unperturbed and is convinced that players are still keen to come to Asia even towards the end of a long, arduous season.

"Events in Asia are some of the most prestigious of the year and the players very much enjoy playing here. Typically the fields for the Asian swing events have been very, very strong," he told AFP.

"Top players consistently say how much they enjoy playing here and they mean it. Players are very well treated here and that's part of what makes playing these events so attractive," he added.

Drewett said withdrawals were not unique to Asia and it was important not to draw sweeping conclusions from just one tournament.

"Just last year, eight of the top 10 players played in Beijing and Tokyo (held simultaneously), and Shanghai had 19 of the top 20 competing. You can't look at playing patterns based on one year alone," he said.

The vast majority of the top players remain based in the United States and Europe but while Drewett concedes local stars would help drive the tennis boom in Asia, he said the game was nevertheless making major strides.

"The ATP World Tour has made huge advancements in this region in the last decade and has a bona fide Asian swing with five strong events over three weeks with prize money nearing $8 million, and a strong roster of corporate sponsors supporting them.

"This region definitely remains a focus for us. Of course, local stars always help to drive interest and I believe it's really just a matter of when, not if, China will have a top player on the circuit.

"You look at (Kei) Nishikori's achievements... and it's just fantastic. He's already a huge star in Japan and rapidly increasing his profile globally." Nishikori reached the semi-finals in Shanghai.

Drewett plays down the chances of Asia ever having its own Grand Slam but nevertheless sees the region as a crucial growth area for the game.

"These events in Asia can be extremely significant events on the ATP World Tour by having fantastic facilities, strong support from their governments and commercially from their sponsors and television," he said.

"The opportunities are endless in this region."

The 2011 schedule started with the Brisbane International on January 2 and finishes with the Davis Cup final starting on November 28.

But despite mutterings of discussions over the heavy schedule among players in Shanghai, it was more a matter of talks about talks with no sign of definitive action.

Murray made it clear that none of the players he knew wanted to strike and he had only said it was a possibility, adding that they would try to meet before the end of the year.

He said it was not a matter of root and branch reform, adding: "It's basically just a matter of like two or three weeks in the year that really I think need to change."

World number two Rafael Nadal said the players were generally of one mind.

"There is something there but it is not the right moment to talk about it," he said.

But despite the persistent rumblings Drewett is adamant that the players' views have been taken on board.

"The calendar has long been a topic of conversation and just last year we announced that we would be lengthening our off-season by two weeks beginning in 2012, meaning players will have seven weeks in between ATP World Tour seasons," he said.

He said players' health and wellbeing was paramount and the ATP had implemented changes such as reducing draw sizes, giving byes to the top eight seeds, and eliminating five-set finals.