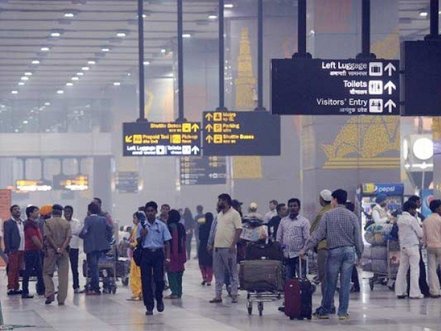 The Atomic Energy Regulatory Board (AERB) said their probe showed organic liquid from another consignment had spilled over the nuclear medicine shipment of Turkish airlines, causing the scare.

"After conducting a probe at the site, we can confirm that there was no radioactive leakage," AERB Vice-Chairman R. Bhattacharya told the Press Trust of India news agency.

"The leakage on the consignment was a spill-over from another consignment. It's some organic liquid. This resulted in wetness (of the Turkish consignment)."

Earlier in the day, disaster management officials as well as the government had said a radioactive material leak had been detected on the shipment before being plugged by emergency teams.

The incident happened near the cargo area of Turkish Airlines where four packets containing nuclear medicine material were found to be damaged by cargo handlers.

The airport's operator identified the material as one having "low radio activity and meant for medicinal use."

India's Home Minister Rajnath Singh confirmed the incident at the Indira Gandhi International Airport, adding that the "leakage has been plugged."

The NDTV network reported that two cargo workers had been taken to hospital for precautionary checks after they complained of a burning sensation in their eyes.

The medicine was meant to be delivered to a private hospital in the Indian capital.

Delhi airport officials said the area had been cordoned off and that there was "absolutely no risk of exposure to any passengers".

"All passenger operations are proceeding safely and normally without any interruption," they said in a statement.

In 2010, a scrapyard worker in Delhi died from radiation poisoning and seven others were injured, raising concerns over the handling of radioactive material in India.