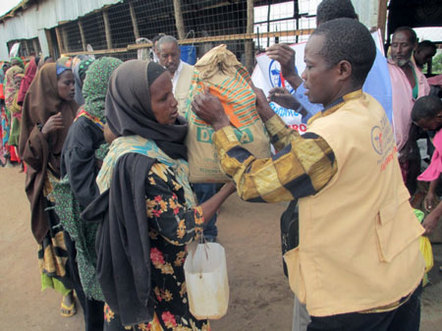 The two key Muslim civil society organizations, HAKI Africa and Muslims for Human Rights (MUHURI), had their activities suspended in April for suspected links to Somalia's al-Qaida-linked Shebab, and were placed on a list of 85 individuals and organizations accused of supporting the Islamists.

The list, which also froze key money transfer companies vital for poverty-stricken Somalia, was part of a crackdown on alleged Shebab supporters following the massacre of almost 150 people at Garissa university by the extremists.

The two groups sued banks to access their cash.

Judge Anyara Emukhule, speaking in the High Court in the coastal city of Mombasa on Thursday, issued an order "restraining" the government from declaring the two groups as "specified entities", or backers of terrorist groups.

"HAKI Africa and Muhuri are happy with the court ruling today which affirmed the constitutional and fundamental freedoms of the two institutions," they said in a statement.

"We are happy to have obtained an injunction... in the meantime HAKI Africa and Muhuri are following up and cooperating with all the necessary government agencies."

Kenyan and foreign rights groups, including Amnesty International and Human Rights Watch (HRW), said both organizations were trying to combat extremism, not foment it.

"HAKI Africa and MUHURI are working to protect human rights in Kenya under difficult circumstances," HRW said Thursday, adding that they "should be supported for their human rights work, not harassed and intimidated."