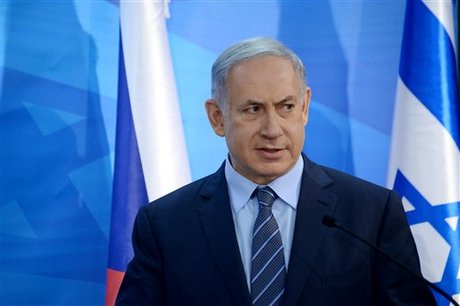 The head of French telecoms giant Orange told Israeli Prime Minister Benjamin Netanyahu on Friday he was distressed by reactions to remarks seen as backing a boycott of the Jewish State.

"I deeply regret the impact resulting from the context and interpretation of those statements," Orange quoted Stephane Richard as telling Netanyahu at a meeting in Jerusalem.

A row erupted after remarks by Richard during a news conference in Cairo on June 3 in which he said the firm was planning to withdraw its brand from Israel at the earliest possible opportunity.

Orange licences its name and logo for use by Israeli firm Partner Communications under an agreement due to run until 2025.

Israel reacted furiously to Richard's comments, accusing him of bowing to a Palestinian-led boycott campaign.

The Orange chief flew into Israel on Thursday for a two-day visit in a bid to soother Israeli anger.

"It's no secret that what you said last week was interpreted by many as an attack on Israel," Netanyahu's office quoted the prime minister as telling Richard at their meeting.

"We seek real and secure peace with our neighbors the Palestinians," he said. "But this can only be achieved by direct negotiations between the sides without preconditions. It cannot be  achieved by boycotts or threats of boycotts."

"This meeting is an opportunity to say clearly and unequivocally that Orange does not participate in boycotts of Israel or elsewhere," Richard said.

"Let me repeat that Orange has companies in Israel and intends to continue to develop them," he said, speaking of local subsidiaries unconnected to Partner.

Richard's Cairo comments were interpreted in Israel as a response to a report by a group of NGOs which accused Orange of indirectly supporting settlement activity through its agreement with Partner.

Partner operates in Israeli settlements in the occupied West Bank, which are illegal under international law and widely opposed by the international community.