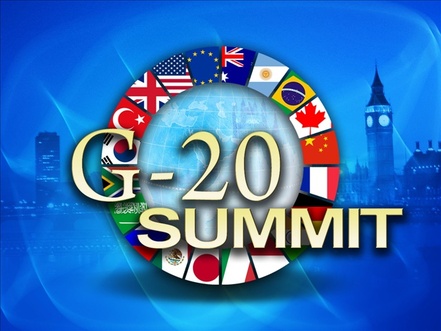 China on Saturday pledged "full fledged support" for next month's G20 leaders summit in France, as the deepening Eurozone crisis threatens to tip the global economy back into recession.

Vice Premier Wang Qishan, China's top official on financial affairs, made the comments during a meeting with French Foreign Minister Alain Juppe, who stopped over in the Chinese capital following a visit to India.

"The Chinese government is giving its full fledged support to France in organizing this summit," Wang told Juppe.

"France has a heavy responsibility at a time when the global economic recovery is facing serious challenges.

"This summit should put the priority on a stable, lasting, balanced recovery of the world economy."

Current G20 chair France is to host leaders from the world's leading economies on November 3 and 4 in the southern city of Cannes.

China, anxious about its investments in euro-denominated bonds and weakening demand for its exports, has repeatedly expressed confidence in the Eurozone and has vowed to buy European sovereign debt to shore up their flagging economies.

Premier Wen Jiabao on Friday told the European Union President Herman Van Rompuy that financial reforms were key to solving the debt crisis that is threatening the world economy.

Chinese and European leaders had been due to meet in China on Tuesday but the annual talks were postponed after Eurozone leaders said they would hold a second round of crisis talks on Wednesday.