A Year on, Islamic State 'Caliphate' Infamous for Brutality 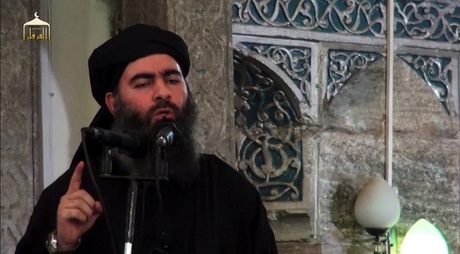 In the year since it declared its "caliphate," the Islamic State group has become the world's most infamous jihadist organisation, attracting international franchises and spreading fear with acts of extreme violence.

Vowing to make "the West and the East... submit", IS has expanded its territory throughout northern and western Iraq and eastern and northern Syria.

It now controls some 300,000 square kilometers (115,000 square miles), terrifying residents with a gruesome brutality that analysts say has become central to its existence.

"By not shrinking from extreme violence... Daesh is implementing a technique in which the psychological impact is more important than the acts themselves," said Karim Bitar of the Paris-based Institute for International and Strategic Studies, using the Arabic acronym for IS.

"More than anything, it's this psychological warfare that has allowed Daesh to establish itself in the eyes of the West as the incarnation of the absolute threat."

IS emerged from a one-time Iraqi affiliate of al-Qaida known as the Islamic State in Iraq.

The group expanded into Syria with the country's descent into wartime chaos and, after a failed bid to merge with al-Qaida's Syrian affiliate, began gobbling up territory on both sides of the border.

It grabbed headlines in mid-2014 with a sweeping advance in Iraq, seizing the city of Mosul and swathes of Nineveh, Kirkuk, Salaheddin, Anbar and Diyala provinces.

In Syria the group controls nearly all of Raqa province and most of the eastern Deir Ezzor province, with its rich oil resources.

In May alone, IS seized the Iraqi city of Ramadi in Anbar province and also the famed ancient city of Palmyra in Syria.

But it has also suffered setbacks, losing the Iraqi city of Tikrit and the Syrian border town of Tal Abyad to local ground forces fighting the jihadist group, backed by a U.S.-led coalition carrying out air strikes.

Where the "caliphate" has expanded, it has caused mass displacements, with people fleeing its fearsome reputation for murder, torture, forced conversion and even slavery.

Mass slaughter has become one of its hallmarks, documented in photos and videos shared gleefully by its supporters.

In June 2014, its fighters captured and executed as many as 1,700 young, mostly Shiite recruits from the Speicher military base near Tikrit.

In Syria, the group has carried out similar retribution against opponents including the Sunni Shaitat tribe, murdering an estimated 700 of its members after they rose up.

It also carried out mass executions of Syrian soldiers after capturing a base in Raqa and has become infamous for punishments including stoning women for "adultery" and throwing alleged homosexuals from building tops.

The brutality is broadcast in slickly produced videos showing the beheading of foreign aid workers and journalists and the burning alive of a captured Jordanian pilot.

Peter Harling of the International Crisis Group think tank said IS was harnessing "a kind of ritualization of violence, even a pornographic violence" to gain international attention.

But he added that the group had shown an ability to be "pragmatic," noting that for example it had not destroyed the ruins at Palmyra despite bulldozing antiquities in Iraq.

IS understood that Palmyra "is a town on the UNESCO World Heritage list and destroying it would be the best way to turn the local population against it," he said.

In the year since it proclaimed the caliphate, IS's call for allegiance has been answered by groups in Libya, Egypt, Saudi Arabia, Tunisia, Yemen and Pakistan.

It has also threatened attacks in the West, and claimed credit for an attempted shooting in the U.S. state of Texas in May.

While experts said that bid was likely inspired rather than directed by IS, the group has attracted a steady flow of foreign fighters, with men and women arriving in its territory in unprecedented numbers from across the world.

Yezid Sayigh, a senior associate at the Carnegie Middle East Center think tank, said affiliates were an asset for IS, helping it "find recruits and pressure governments".

But he said IS's focus, for now, remains consolidation in Iraq and Syria.

The group has succeeded best in predominantly Sunni areas "which have suffered from neglect and marginalization".

It has focused on "providing civilian administration, as well as services and goods, fighting corruption and providing justice in personal and business affairs".

"They want to say: We are a real state and an alternative," Sayigh said.