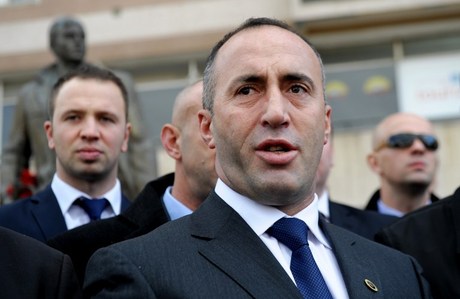 Slovenia on Friday allowed a former prime minister of Kosovo to return home, after he was held there on an Interpol warrant issued by Serbia, his party said.

Ramush Haradinaj was "expected to arrive in Kosovo during the day," the opposition Alliance for the Future of Kosovo (AAK) said.

Meanwhile, a court in Kranj in central Slovenia that was handling the case gave Haradinaj his passport back, the central European country's STA news agency reported.

"Haradinaj will leave Slovenia during the day and will travel to Pristina making a stop-over in Tirana," the state agency quoted Kosovo's ambassador to Ljubljana Nexhmi Rexhep as saying.

Acquitted by a U.N. court of war crimes committed during the 1990s Kosovo conflict, Haradinaj was detained Wednesday at Ljubljana airport.

He was sent before a Slovenian court which seized his passport until a final decision was reached over the warrant.

Currently an MP and head of the AAK arty, Haradinaj was returning from Germany and waiting for a flight to Pristina at the Slovenian capital's airport.

Haradinaj, 46, confirmed on his Facebook page that he had his passport back.

"All the procedures related to my detention in Slovenia were concluded today," he wrote.

The former prime minister has "proved his innocence before international justice," it said in a statement.

Haradinaj was named prime minister of Kosovo in 2004 but resigned after only 100 days as he was indicted by the U.N. war crimes tribunal.

In 2012, The Hague-based court cleared him of charges of war crimes against Serb civilians during the 1998-1999 war in Kosovo.

Serbian state-run RTS television reported earlier that the warrant for Haradinaj, a former commander of the Kosovo Liberation Army (KLA) was issued in 2006. It did not provide any other details.

The war ended when a NATO-led air campaign halted Serbia's crackdown on the pro-independence Kosovo Albanians and ousted its forces from the territory in June 1999.

Kosovo unilaterally proclaimed independence in 2008, a move that Serbia still refuses to recognize.