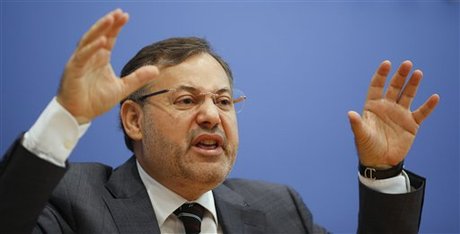 The German authorities should carry out an investigation into the two-day detention of Al-Jazeera journalist Ahmed Mansour, a global rights watchdog said Wednesday.

Human Rights Watch called on German lawmakers to put pressure on their government to get answers.

"Members of parliament should press the government to investigate the case and make sure that proper safeguards are in place to make sure that nothing like this happens again," said HRW's Wenzel Michalski.

Egyptian-born Mansour arrived back in Qatar on Tuesday after his detention in Berlin.

The 52-year-old had been released on Monday after being detained at the weekend following a request from the Egyptian government.

He was arrested at a Berlin airport as he tried to board a flight to Qatar. Mansour had been in Germany on assignment.

The German foreign ministry blamed a mishap, saying officials were not initially aware Mansour was a journalist or that there was a "political background" to the case, while Mansour suggested Berlin willingly acted on Cairo's behalf.

Michalski said Berlin should have known "from the start that Ahmed Mansour risks serious violations of his human rights if he is sent to Egypt".

Mansour said he was arrested because of "politics" and on his release also called on Germany to investigate his detention.

"From the first second, I knew I was innocent, I did not do anything wrong or hurt anyone. Everything for me was clear, I was strong all the time," he told reporters when he arrived back in Doha.

He was sentenced last year by an Egyptian court in absentia to 15 years in prison on torture and other charges which he has rejected as "absurd".

Mansour is a veteran journalist who presents a weekly show on the Qatar-based broadcaster called Bela Hodood, (Without Frontiers).

His arrest comes at a tense time in relations between Egypt and Qatar, with Cairo accusing Doha of supporting the Muslim Brotherhood, which has been outlawed in Egypt.