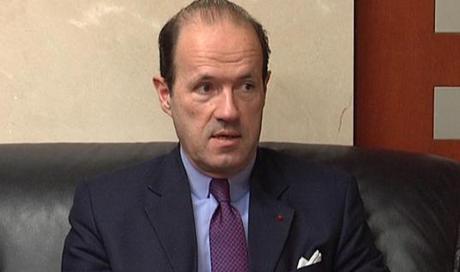 French President Francois Hollande's envoy is expected to visit Beirut in the coming weeks in an effort to revive France's efforts to resolve the Lebanese presidential deadlock.

An Nahar daily on Thursday quoted ministerial sources as saying that the Director of the Department of the Middle East and North Africa at the French Foreign Ministry, Jean-François Girault, will visit Beirut at the end of the month or in early July.

Girault's trip, however, will be preceded by contacts with Tehran, Riyadh and the Vatican, said the sources.

Girault has been in shuttle diplomacy since last year, making trips to Riyadh, Tehran, Washington and the Vatican over the presidential crisis.

Hassoun you need to also think of doing the same thing and help us all out. Its a small thing for you to do for your country...Iran and a big plus for Lebanon.
Back to the topic here what is this Frenchman thinking that he could do in Lebanon? probably just racking up air millage.

Take back the Caporal to France and Lebanon will be saved from the dirtiest man ever.

Maybe hassouna and co going to iran enjoy ramadan with suprem leadder and setle there will do the job....
As for aoun well he was better in paris eatting croissants and chilling there, at least he used to make some sence...