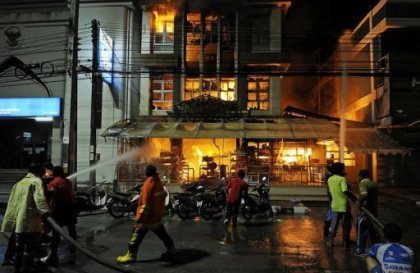 Kwandee said Monday the dead included two civilian defense volunteers and two civilians, along with a soldier, his wife and son.

He added that authorities believe the same group of militants was responsible for all three attacks.

Narathiwat is one of Thailand's three Muslim-dominated southernmost provinces. Nearly 5,000 people have been killed since an Islamist insurgency erupted in the region in 2004.