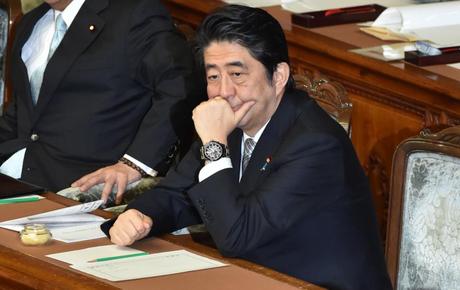 Tokyo voiced its frustration on Friday a year after North Korea said it had started re-investigating the fate of Japanese kidnapped by Pyongyang's spies decades ago, with no new leads in sight.

"It is extremely regrettable that no abduction victims returned home although it's been a year since the investigation started," Prime Minister Shinzo Abe said during a parliamentary session.

"(Pyongyang) have told us that they have been conducting a comprehensive probe into all (disappearances of) Japanese nationals sincerely but that it would take a bit more time" to conclude, he said.

North Korea admitted in 2002 that it had kidnapped 13 Japanese in the 1970s and 1980s to train its spies in Japanese language and customs.

Five of the abductees were allowed to return to Japan, but Pyongyang has insisted, without producing solid evidence, that the eight others are dead.

The issue is a highly-charged one in Japan, where there are suspicions that perhaps dozens of other people were taken.

Pyongyang and Tokyo struck a deal in May last year in which the secretive state said it would investigate all instances in which Japanese citizens were snatched.

As North Korea set up an investigation committee on July 4 last year, Japan eased some of its unilateral sanctions targeting the Stalinist state.

Tokyo has protested that it is keeping its side of the bilateral bargain.

Tokyo will continue to maintain its policy of "dialogue and pressure" towards Pyongyang, he said.

The accord last year had been viewed as a sign of a possible thaw between two nations that do not have formal diplomatic relations and frequently exchange barbs.