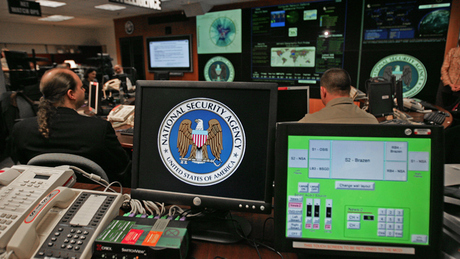 Aside from listening in on Brazilian President Dilma Rousseff's phone calls, U.S. spies also targeted top political and financial officials, according to new information released by WikiLeaks on Saturday.

"The publication proves that not only President Dilma Rousseff was targeted but also her assistant, her secretary, her chief of staff, her palace office and even the phone in her presidential jet," WikiLeaks said in a statement.

"Even on her official travels, President Rousseff is not safe from interception," the group added.

Publication of the list sheds new light on the spying scandal that first erupted in 2013 and damaged relations between America and Brazil, prompting Rousseff to cancel a state visit to Washington in an embarrassment for President Barack Obama.

Rousseff did finally visit the United States this week, but the new spying revelations did not emerge until just after her return.

"Some things have changed... I believe President Obama," she said during her recent visit when asked about assurances that the United States would no longer spy on leaders in allied countries.

According to a story on The Intercept website, which first reported the WikiLeaks data, the eavesdropping apparently began in early 2011 or even earlier.

The Intercept said there was no indication the surveillance had stopped. The NSA did not respond to questions from the website.

WikiLeaks said the cellphone of Luiz Alberto Figueiredo Machado, former foreign affairs minister from 2013 to 2015 and current Brazilian Ambassador to the United States, was targeted. As was the phone for the attorney general for the finance ministry.

"If President Rousseff wants to see more U.S. investment in Brazil on the back of her recent trip as she claims, how can she assure Brazilian companies that their U.S. counterparts will not have an advantage provided by this surveillance, until she can really guarantee the spying has stopped –- not just on her, but on all Brazilian issues," he wrote.

The latest disclosures come on the heels of new WikiLeaks releases that appeared to show the United States listened in on German and French government officials.