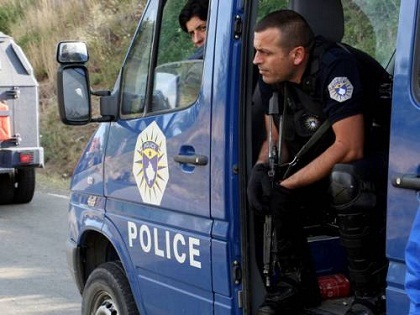 Five people suspected of planning a "terrorist attack" aimed at contaminating the water supply in the Kosovo capital Pristina have been arrested, officials in the breakaway Serbian territory said Sunday.

They are appearing before an investigating magistrate in Pristina, court president Hamdi Ibrahimi told reporters.

The suspects were apprehended while riding in two cars near a lake that supplies drinking water to the city.

Police found weapons, ammunition and Islamic State group (IS) propaganda in the vehicles.

City authorities temporarily shut down the water supply on Sunday fearing the suspects had already carried out the plan, turning the tap back on after tests showed it was not contaminated.

The suspects' lawyers rejected the allegations.

The Kosovo interior ministry estimates that some 300 citizens have been or are among the ranks of jihadists fighting in Syria and Iraq. Around 15 have been killed.

In May, more than 30 people in Kosovo were found guilty on "terrorism" charges, accused of either joining or planning to join the IS group in Syria, or acting as recruiters.

Under a law that took effect in March, convicted jihadists face up to 15 years in prison.