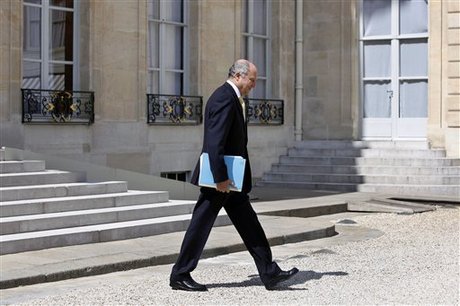 The newspaper said Hollande informed Fabius that he should discuss with Iranian officials later this month the importance of ending the presidential vacuum.

Differences between the March 8 and 14 alliance officials have thwarted attempts by the parliament to elect a successor.

Fabius said Tuesday he would visit Iran "next week", after the historic deal on its nuclear program.

Although Fabius did not provide more precise details, his aides told Agence France Presse that the trip would likely take place next Wednesday.

"I will be there next week," Fabius told French radio.

This jewish FM is one out of the 5+1 who helped Iran reach the agreement...