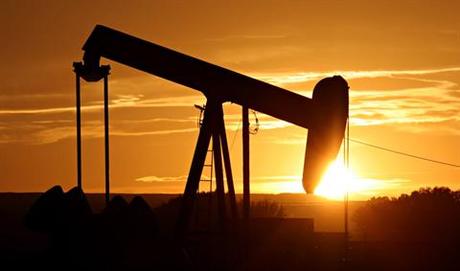 Middle Eastern countries without significant oil resources face a sharp slowdown in economic growth as the effects of the Arab Spring reverberate across the region, the International Monetary Fund said Wednesday.

In a twice-yearly report, the IMF cut its economic growth forecast for the Mideast's oil importing countries — including Lebanon, Egypt and Tunisia — to just 1.9 percent this year. That is down from an earlier IMF forecast of 2.3 percent and well below the more than 4 percent growth in 2010.

The Washington-based fund predicts their growth in 2012 will also be weaker than anticipated, coming in at around 3 percent.

"Since the beginning of this year, a deterioration in the international economic outlook and the buildup of domestic social pressures have resulted in an economic slowdown in many of the region's oil-importing countries," said Masood Ahmed, the director of the IMF's Middle East and Central Asia department.

Among the Mideast's oil importers are Tunisia and Egypt, whose longtime leaders were overthrown in revolutions earlier this year. The unrest hurt their economies by causing a drop in tourism and other trade.

Oil exporting countries — a diverse group that includes wealthy OPEC nations such as the United Arab Emirates and Qatar as well as much poorer states like Yemen — will fare far better thanks to a boom in oil prices and output.

The IMF left its growth target of 4.9 percent for those countries unchanged. That is ahead of its outlook of 4 percent for the world economy as a whole.

For next year, the same group can expect 3.9 percent growth, the IMF forecast.

The fund praised the decision by Saudi Arabia and its Gulf neighbors to temporarily boost oil output to make up for supplies that dried up when Libya descended into civil war earlier this year. Ahmed called the increased output "an essential contribution toward global energy market stability."

Many oil-exporting countries, particularly the Gulf monarchies, have boosted spending on public-sector salaries, government subsidies and other perks in response to this year's uprisings.

While they have plenty of cash to cover those handouts for now, the increased costs are pushing some of their budgets — which now mostly run at a surplus — closer to the break-even point. That makes them more vulnerable to swings in oil prices at a time when the global economy looks increasingly shaky, the IMF cautioned.

For the region as a whole, the IMF forecast economic growth of 3.9 percent this year and 3.7 percent in 2012.

Libya was left out of the IMF forecasts because of uncertainty caused by months of civil war there.