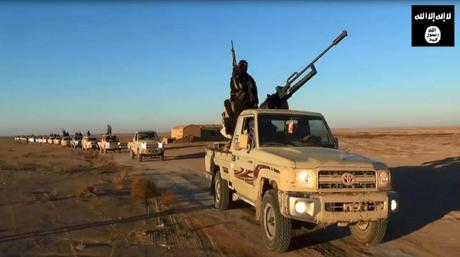 Kyrgyzstan's security service said Monday it was investigating a YouTube video urging citizens of the ex-Soviet country to move to the "caliphate" declared by the Islamic State jihadists in Iraq and Syria.

The nine-minute clip titled "Message to the People of Kyrgyzstan," appeared on YouTube on Saturday and was deleted hours later. It was picked up by a Kyrgyz news site known for covering the activities of IS.

"All the relevant state organs are examining this video material," a statement of the State Committee for National Security (GKNB) read Monday.

The clip features an unnamed man speaking in Kyrgyz calling on citizens to "move from the country of infidels to the land of the Islamic State."

The speaker calls Kyrgyzstan, which is majority-Muslim, a country of "dishonor", living "according to laws made up by people, such as democracy."

It was released days after Kyrgyz security services claimed they neutralized a cell of IS fighters in a deadly raid.

On July 17 the GNKB security force's chief Rakhat Sulaimanov confirmed the deaths of six militants and the detention of a further seven in a special forces raid in the capital Bishkek.

Sulaimanov said the suspects "were all Islamic State members."

His service claimed the militants were targeting a Russian airbase in the country as well as civilian targets.

Kyrgyzstan's government designated IS as a terror group in March this year. It says more than 200 citizens are fighting with the group in Syria and Iraq.