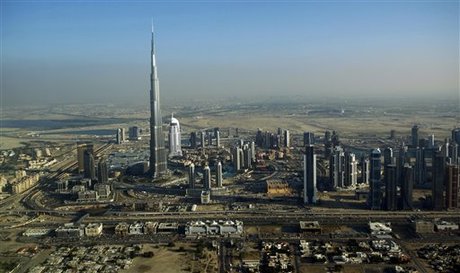 The United Arab Emirates has awarded an Italian-led consortium a $900 million contract to build the first stage of the Gulf nation's railway network.

The deal covers the construction of tracks and other infrastructure to link the western UAE cities of Habshan and Ruwais by 2013, and additional extensions for the following year.

The first part of the line is designed for freight transport. Etihad Rail plans to eventually spend nearly $11 billion to provide freight and passenger services throughout the country.

They move forward and we move backward, how sad