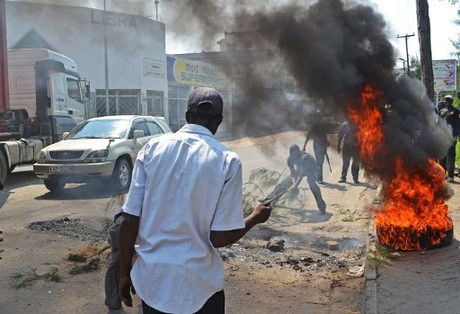 At least 310 Kenyans have been killed and over 215,000 forced from their homes this year in ethnic violence in northern Kenya, the U.N. said Wednesday.

While violence between rival groups is common in Kenya's northern Rift Valley regions, the number killed and forced to flee in the first six months of this year is already the same as the total for all of 2014.

"Violent inter-communal conflicts continued to be widespread in northern Rift Valley," the U.N. Office for the Coordination of Humanitarian Affairs said in a statement.

"From January 1 to June 30, 2015, 310 people lost their lives, 195 were injured and 216,294 had been displaced as a result of unresolved border conflicts, cattle rustling and revenge attacks, competition over land and water resources, and political conflict."

Rivalries between pastoralist communities competing for scarce resources, such as livestock and water, are worsened by easy access to automatic weapons and the absence of state security officers.

The worst-hit areas were the northern regions of Turkana, Baringo, Samburu, Marsabit and Isiolo.

Some of the worst violence has been between the Pokot and Turkana communities, as well as between the Turkana and Samburu peoples.

In May, some 75 people were killed in just four days of cattle raids and revenge attacks.

Ethiopian running legend Haile Gebrselassie will join the walkers as they complete the 22-day trek through some of the hardest-hit areas, due to end on Thursday.

Ethiopia borders northern Kenya, and armed cattle herders launch raids either side of the porous frontier.