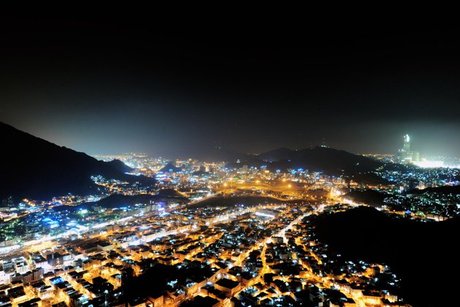 Spanish companies beat French rivals to a contract to build a high-speed railway on the Muslim pilgrim route between Mecca and Medina in Saudi Arabia, authorities said Wednesday.

Spain's statement put the price at 6.74 billion euros ($9.3 billion), "the biggest international contract ever won by Spanish companies" -- and a potential boost for an indebted country with unemployment topping 20 percent.

A French consortium including state rail operator SNCF and engineering giant Alstom had contended for months to win the contract for the second phase of the Haramain High Speed Rail Project (HHR).

French Prime Minister Francois Fillon raised the deal it during a visit to Saudi Arabia in February.

The project aims to provide transportation for Muslim pilgrims between the two holy cities of Mecca and Medina through the Red Sea-port city of Jeddah, a distance of 450 kilometers (280 miles).

The project "will give an efficient, high-quality service to pilgrims making the journey between Mecca and Medina, whose numbers grow every year, as well as to visitors and residents of both cities," the Spanish government said.

The annual hajj pilgrimage to Mecca numbers some 2.5 million Muslims from around the world. The two holy cities attract Muslim pilgrims all year round, and, along with Jeddah, are the main hubs in the western region of the oil-rich kingdom.

Considered by many as the economic capital of Saudi Arabia, Jeddah is the second most populated metropolis after the capital.

The high-speed lines will run trains at 320 kilometers an hour (200 miles an hour), taking passengers from Mecca to Medina in two and a half hours and carrying 166,000 passengers a day -- nearly 60 million a year.

The project involves building the railways and supplying 35 high-speed trains to run on them and 12 years of maintenance, with the possible purchase of a further 23 trains later, the Spanish and Saudi authorities said.

Spain has become a world leader in high-speed rail networks and now has the longest such system in Europe, ahead of France which pioneered the technology.

"Thanks to its investment efforts, Spain has made itself a reference for high-speed rail," the Spanish statement said.

In France, an Alstom spokesman told Agence France Presse that it and the SNCF "regret not being chosen and stress that they went as far as they could financially in determining the price they offered."

Spain has the best technology at the most fair price, well deserved.