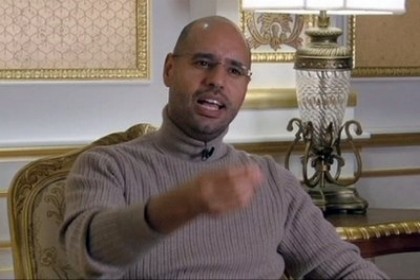 The South Africans were hired by a company with close ties to Gadhafi, training his presidential guard and handling some of his offshore financial dealings, the Afrikaans-language paper said.

South Africans have also reportedly been involved in transporting Gadhafi’s gold, diamonds and foreign currency to Niger, and helping his wife and three of children flee Tripoli, the paper said.

Planes are waiting at a Johannesburg airport and in Sharjah in the United Arab Emirates to fly the South Africans out of Libya, the Beeld said.

The group of South Africans includes former soldiers and policemen. Some of them were killed one week ago in the attack on the convoy that left Gadhafi dead, it said.

"They are all seasoned operators abroad and apparently become involved only by invitation in operations for which they receive large sums in U.S. dollars," it said.

Some of the South Africans were also in the group of mercenaries that staged a failed coup attempt in Equatorial Guinea in 2004, it added.

Another Afrikaans paper, Rapport, at the weekend quoted one of the South Africans who claimed to be in the group as saying that their attempt to extract Gadhafi from Libya was a "huge failure".

Deon Odendaal, who described himself as a spy, said the group believed NATO wanted Gadhafi to leave Libya but the convoy came under attack as they tried to take him from his hometown in Sirte.

"The poor thing screamed like a pig," Odendaal said of Gadhafi’s final moments.

The solution for mercenaries is simple: just pay them more money than Qadhafi is paying. That's what makes mercenaries do the things they do. If they can't do this, that means the west and the NTC are lying to us and that those guys aren't really mercenaries.