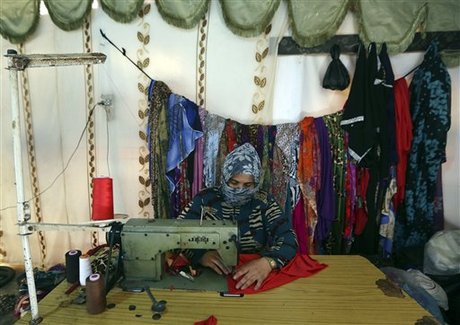 The European Union announced on Friday an additional €17 million assistance to help Lebanon confront the Syrian refugee crisis, amid growing concerns over the worsening humanitarian situation.

“This additional aid will enable the Lebanese secondary health service to treat more refugees. The high cost of health services in Lebanon, which are largely privatized, has made it difficult for refugees to seek the treatment they need,” the EU delegation in Beirut said in a press release.

“Other funds will provide cash assistance for the most vulnerable families, who are struggling to find funds for food and shelter,” it said.

“Life for Syrian refugees is getting harder and harder, as they have spent most of what savings they had on food, housing and medical treatment,” said Bruno Rotival, head of office in Lebanon for the European Commission’s Humanitarian Aid and Civil Protection Department (ECHO).

“Families are getting deeper and deeper into debt and many Syrian children are forced to work to help the family financially.  There is a sense of desperation and people are resorting to dangerous coping mechanisms.”

According to the EU, the number of displaced Syrians considered to be severely vulnerable had almost doubled in the past year – rising from 29% in 2014 to 50% in 2015.

Lebanon is the country hardest-hit by the Syrian crisis, hosting around 1.5 million Syrian refugees – more than one quarter of the total population.

Stop boosting anything for these fake refugees, help them go home and if you can't take them to your countries.

Why help ? No need ! The UN dumps them on us and talks about human rights , while throwing breadcrumbs and thinking that this is enough . Lebanese are suffering financially because of illegal refugees competing against the Lebanese in their own country