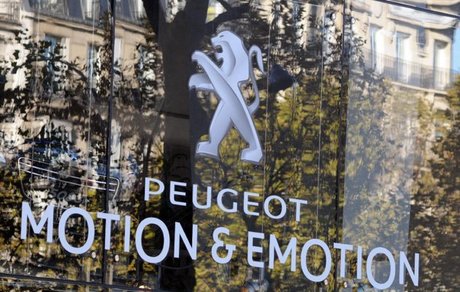 French auto giant PSA Peugeot Citroen plans to double production in Brazil by 2015, part of a global shift towards emerging economies hastened by the downturn in Europe and the United States.

Peugeot aims to produce 300,000 vehicles per year and increase its production of engines from 280,000 to 400,000 per year by then, its head of Latin American operations, Carlos Gomes, announced Wednesday.

"This is a long-term investment, as we believe in the market," Gomes told reporters. The agreement was signed by Brazilian President Dilma Rousseff and the visiting chairman of Peugeot's supervisory board, Thierry Peugeot.

Peugeot plans to invest some $240 million per year as part of the expansion, for a total investment of $940 million by 2015, a spokesman told Agence France Presse.

The company currently produces some 150,000 vehicles per year in South America's largest country, where it is the fifth largest producer, behind Fiat, Volkswagen, General Motors and Ford.

Brazil represents five percent of the company's world sales and is projected to grow to between seven and eight percent by 2015, Gomes said.

The latest move is part of a broader shift to emerging markets, with sales outside Europe expected to account for half the company's business by 2015.

The automaker, France's largest and Europe's second-largest, had earlier announced an 800-million-euro cost-cutting plan for next year that is expected to include lay-offs amid a stagnating European car market.

Brazil, meanwhile, with 191.5 million people and 30 million vehicles, is the world's fourth-largest car market, and has recently attracted the attention of a number of leading manufacturers.

On Wednesday Valor Economica, a specialty publication, reported that German automaker Volkswagen planned to invest $2 billion in a new factory in northeastern Brazil to produce 200,000 vehicles a year.

A Volkswagen spokesman in Brazil said the company was "looking at the possibility of boosting its production capacity" but had not reached a firm decision.

Nissan announced earlier this month that it would invest $1.5 billion in a new factory in Brazil expected to produce 200,000 cars per year, potentially tripling the Japanese automaker's local market share.

Fiat leads the market with a 22.7 percent share of sales, followed by Volkswagen's 22.3 percent and GM's 19.8 percent, according to the ANFAVEA association of Brazilian auto manufacturers.