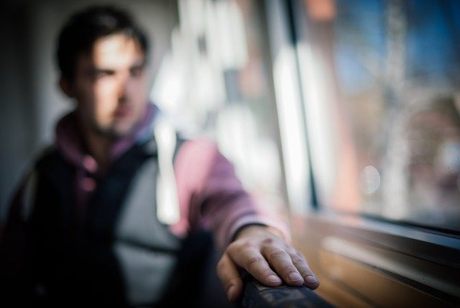 As immigration to Sweden soars, the far-right Sweden Democrats have topped an opinion poll for the first time, illustrating growing hostility to refugees and beggars in a country known for its open-arms policy.

With a cradle-to-grave welfare state, a reputation for tolerance, a healthy economy, and a job market, Sweden is a favored destination for the record number of migrants fleeing conflicts, authoritarian regimes and poverty worldwide.

The Scandinavian country has in recent years thrown open its doors to Syrians, Eritreans, Somalis, Afghans and Iraqis, to name a few.

It welcomed 80,000 refugees last year, shouldering the biggest burden in the EU as a proportion of its population of 9.7 million.

But one in four Swedes appears to disagree with the generous immigration policy: 25.2 percent of voters now support the Sweden Democrats, according to a Yougov poll published in Metro on Thursday that questioned 1,527 people.

That placed the party ahead of Prime Minister Stefan Lofven's Social Democrats, which garnered 23.4 percent, and the opposition conservative Moderates, credited with 21 percent.

The Sweden Democrats, with roots in the country's most radical extreme right, entered parliament in 2010 with the ambition of curbing Sweden's immigration and refugee policy.

It won 12.9 percent of votes in 2014 general elections, making it the third-largest party in parliament.

While it may only be a single opinion poll that put them in first place -- another poll published later Thursday put them in third place with 20.8 percent -- "the growth of the Sweden Democrats is undeniable. It's a party on the rise," Vaxjo University political scientist Karl Loxbo told AFP.

Support appears to have shot up sharply in the past year.

"I would say it's because all the other parties have positioned themselves as liberal on immigration issues. That does not fit with a plurality of voters," Loxbo said.

Swedes concerned about the heavy influx of refugees "have only one choice" of party to vote for, he added.

And that is exactly what the Sweden Democrats have played on, calling themselves "the only real opposition party" to the left-wing government.

"There is a significant amount of dissatisfaction in general with the government, and not least against its immigration and integration policies, and the begging issue. Many don't see the Moderates as an alternative on these issues so they turn to us instead," Sweden Democrats party secretary Richard Jomshof told news agency TT in a comment on the strong poll showing.

The poll result may also have been affected by dramatic events in Sweden: the survey was conducted August 14-17, just days after two Eritrean refugees were arrested as suspects in the fatal stabbing of two shoppers at an Ikea store. One of them confessed to the murders.

Jomshof said the party had also likely benefited from a highly-controversial advertising campaign it recently ran against the growing number of beggars on Stockholm's streets, most of them from Europe's oppressed Roma minority.

The country has traditionally been spared such inequality, but many Roma have in recent years come to Sweden to beg under the EU's freedom of movement rules.

The campaign featured banners in English, supposedly aimed at tourists, to apologize for the many beggars on the streets and reading: "Sweden should do better."

The head of the opposition conservative Moderates Party, Anna Kinberg Batra, said however that her party would not be swayed on its immigration and integration policy.

"More (immigrants) need to get that first job opportunity, because that is the way to keep Sweden together and build a stronger Sweden," she told TT.

Sweden's track record on integration is however less than stellar.

It is the country in the EU that has the biggest gap in unemployment between people born in Sweden and those born abroad. The gap in housing conditions and education levels is also significant.

Once a homogeneous country, Sweden only began welcoming immigrants some 50 years ago. Now, around 20 percent of the population have roots outside the country, including around 7.5 percent who are foreign nationals.

For the seven parties in parliament who refuse to debate with the Sweden Democrats, immigrants are welcome workers for a country with an aging population.

But for the Sweden Democrats, they represent "a threat to our national identity or our country's welfare and security."