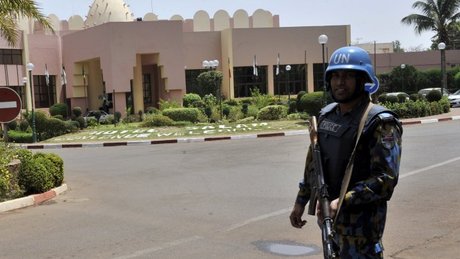 A French soldier has been killed by a colleague in "accidental fire" in an army camp in Mali, the army said on Saturday.

Marine Baptiste Truffaux was shot by a fellow soldier on Thursday at a camp in Gao.

He was treated at the scene and then transported to a surgical hospital where he died, the army said in a statement.

Truffaux joined the army in June 2013 and was sent to Mali in May as part of France's 3,000-strong Operation Barkhane counter-terrorism deployment.