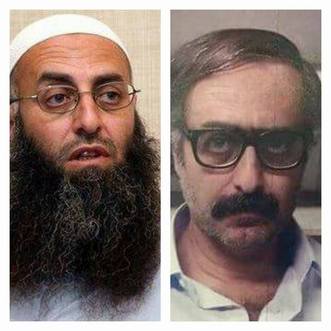 General Security chief Maj. Gen. Abbas Ibrahim has said that the cell of Ahmed al-Asir has disintegrated after the arrest of the Salafist cleric at Beirut's airport last month.

In remarks to several local newspapers published on Tuesday, Ibrahim said al-Asir had been put under surveillance since the end of the battles between his supporters and the Lebanese army in Abra near the southern city of Sidon in June 2013.

The anti-Hizbullah cleric was arrested on August 15 at Rafik Hariri International Airport while trying to travel to Nigeria via Cairo using a fake Palestinian passport.

Ibrahim denied that al-Asir had done plastic surgeries, saying he had only changed his looks.

He also revealed that when al-Asir began making headlines after the Syrian civil war erupted in 2011, he was being funded by local Lebanese businessmen, who “will be taken to court” for trial.

Al-Asir was a virtual political unknown until the outbreak of the conflict in the neighboring country.

But later he began encouraging his supporters to join mainly Sunni rebels and to rise up against Hizbullah, which has sent its fighters to Syria to help Syrian President Bashar Assad.

Ibrahim said al-Asir has been answering the questions of investigators “calmly.”

The General Security chief added that he was referred to the military intelligence for questioning because he is responsible for the killing of 18 soldiers during the clashes in Abra.

In 2014, a military judge recommended prosecutors seek death sentences for al-Asir and 53 others, including singer-turned-fundamentalist Fadel Shaker.

He and his associates were accused of "having formed armed groups that attacked an institution of the state, the army, killed officers and soldiers, took explosive materials and light and heavy weapons and used them against the army."

FT, mowaten, and I are the 3 most informative posters on naharnet. No wonder our comments are always in the VIP section of the top rated comments.

hey abbas why is Sami Shehab the head of hezballah cell in Egypt still free and why is mustapha badreddine allowed to come and go as he wishes?

no, in fact abbas ibrahim works for him.