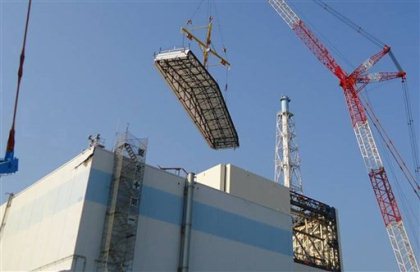 Japan and India are moving forward on a deal for Tokyo to provide nuclear plant technology to India despite widespread worries about safety after the March 11 disaster triggered by a massive tsunami.

Japanese Foreign Minister Koichiro Gemba told reporters Saturday that the agreement was reached in a meeting in Tokyo with his Indian counterpart S.M. Krishna to move forward on the nuclear plant deal.

The government has been checking on the safety of nuclear power plants in Japan after the March 11 tsunami destroyed backup generators and sent three reactors at Fukushima Dai-ichi nuclear plant into meltdown.