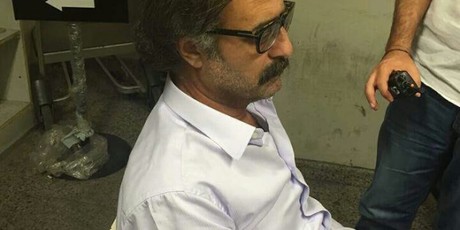 A military judge issued on Tuesday an arrest warrant against Ahmed al-Asir for forming sleeper cells and plotting the assassination of known figures, the state-run National News Agency reported.

The charges include forming the sleeper cells in the southern city of Sidon and its different neighborhoods, in addition to plotting the murder of religious, political and military personalities, the agency added.

Last month, an arrest warrant was issued against al-Asir on charges of funding extremist cleric Sheikh Khaled Hoblos and offering his group logistical and arms support.

Al-Asir was arrested in August 15 at Beirut's Rafik Hariri International Airport while trying to flee to Nigeria via Cairo with a fake Palestinian passport.

The firebrand anti-Hizbullah cleric had been on the run since June 2013 after his armed supporters clashed with the Lebanese army in Sidon's suburb of Abra. The fighting killed 18 Lebanese soldiers.

He and his associates were accused of "having formed armed groups that attacked an institution of the state, the army, killed officers and soldiers, took explosive materials and light and heavy weapons and used them against the army."

He is already under arrest! It does not make sense to issue an arrest warrant anymore.

I wonder who gave you thumbs down for your comment. Must be retards who didn't understand what you said and hit thumbs down by default.

i wonder where you are and how you are dear flamethrower as you lay in pieces and tranquility at your final resting place.... RIP shia hero.

We do not accept Asir sleeper cells. Yes, for HA sleeper sofa.