Egypt Tycoon 'in Talks to Buy Two Islands for Refugees' 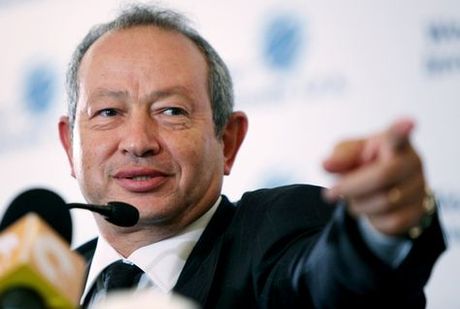 Egyptian billionaire Naguib Sawiris, who offered to buy a Mediterranean island to help hundreds of thousands of Syrians fleeing war, said Monday he was in talks to buy two private Greek islands.

The businessman announced earlier this month he was looking to buy an island which would "host the migrants and provide jobs for them building their new country."

More than 2,300 people have died at sea trying to reach Europe since January, many of them Syrians fleeing their country's four-and-a-half year conflict.

A statement from Sawiris' company on Monday said he had "identified two privately owned Greek islands that constitute a good opportunity for the project.

"We have corresponded with the owners and expressed our interest to go into negotiation with them," it said.

The tycoon said he had been approached by the U.N.'s refugee agency UNHCR to cooperate on the project, which he estimates would require $100 million (90 million euros) to get off the ground.

Sawiris is the chief executive of Orascom TMT, which operates mobile telephone networks in a number of Middle Eastern and African countries plus Korea, as well as underwater communications networks.

why arent the muslims (gulf barbarians) and others doing more for their fellow muslim brothers in syria. supporting ISIS doens't count.

May be because that Christian is a human being and you are not!