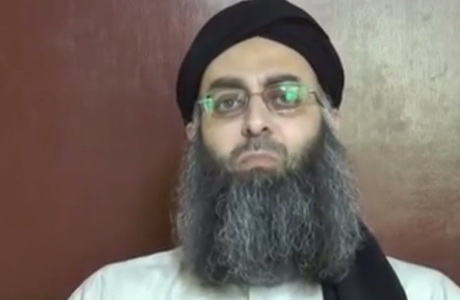 The trial of Ahmed al-Asir at the military court was on Tuesday postponed to October 20 upon the request of defense lawyers.

The military judge's decision to adjourn the session was expected because it was the first time that the Salafist cleric went on trial.

Several arrest warrants have been issued against al-Asir for forming armed groups, attacking the army, forming sleeper cells and plotting the assassination of known figures.

He has also been charged of funding extremist cleric Sheikh Khaled Hoblos and offering his group logistical and arms support.

Al-Asir was arrested on August 15 at Beirut's Rafik Hariri International Airport while trying to flee to Nigeria via Cairo with a fake Palestinian passport.

The firebrand anti-Hizbullah cleric had been on the run since June 2013 after his armed supporters clashed with the Lebanese army in the southern city of Sidon's suburb of Abra. The fighting killed 18 Lebanese soldiers.

Why postpone the inevitable? Hand him over to the widows and the martyred LAF family members.

You are a takfiri like this one on the above picture, so what you wrote should be applied to you terrorist.

don't you think it's about time you admitted it is a martyred iranian jihadi terrorist family in your avatar?

as usual perfect comments that require no further comments.
Bravo

who cares about your opinion, no one.

unless he is a sunni

Why waste the tax-payers money, just hand the sod now, and in public, damn!!! This is what I hate about this system, nothing is ever done on time, just hang the bastard, end of story.